Some time in July 2012 we played a show in Castlemaine with Brod Smith. He's a crazy-genius-western-nut-ex-rocker and is also Ambrose's father. This was not long after we had collaborated with him on the recording of Sam Cherry's Last Shot so we performed an off the cuff version of that song to half-a-dozen confused locals. That got me thinking about trying a multi-song, read-along, narrative based, western musical record. Brod seemed keen to compose a story and provide narration so Cavs, Lucas and I raced to my parents garage and recorded Fort Whipple and The Killing Ground. You can hear my parents dogs barking in the background and my dad banging on some old rusted saw blade. I didn't really have much of an idea about recording back then (still don't really). I think I had 2 microphones and I was recording onto this hunk-of-shit-but-kinda-awesome digital 8 track machine. We had no mic stands so one mic was taped onto a shoebox in front of a guitar amp and one was hanging over the drum kit boxing ring style from the roof truss. I sent these recordings to Brod and he wrote the first chapter of Eyes Like the Sky that night and send me a recording of him reading it into his computer mic. It sounded kind of fucked up so played it though a guitar amp, recorded it, and synched it to the next recording we made which ended up being the title track. Brod and I went back and forward from there, sometimes the music inspiring the words or the words inspiring the music. It all came together pretty fast. So as you may be able to tell, it is flattering and bemusing to me that people would want to listen to this fried, weird, lo-fi record of ours. So thank you very much! Enjoy, Love Stu 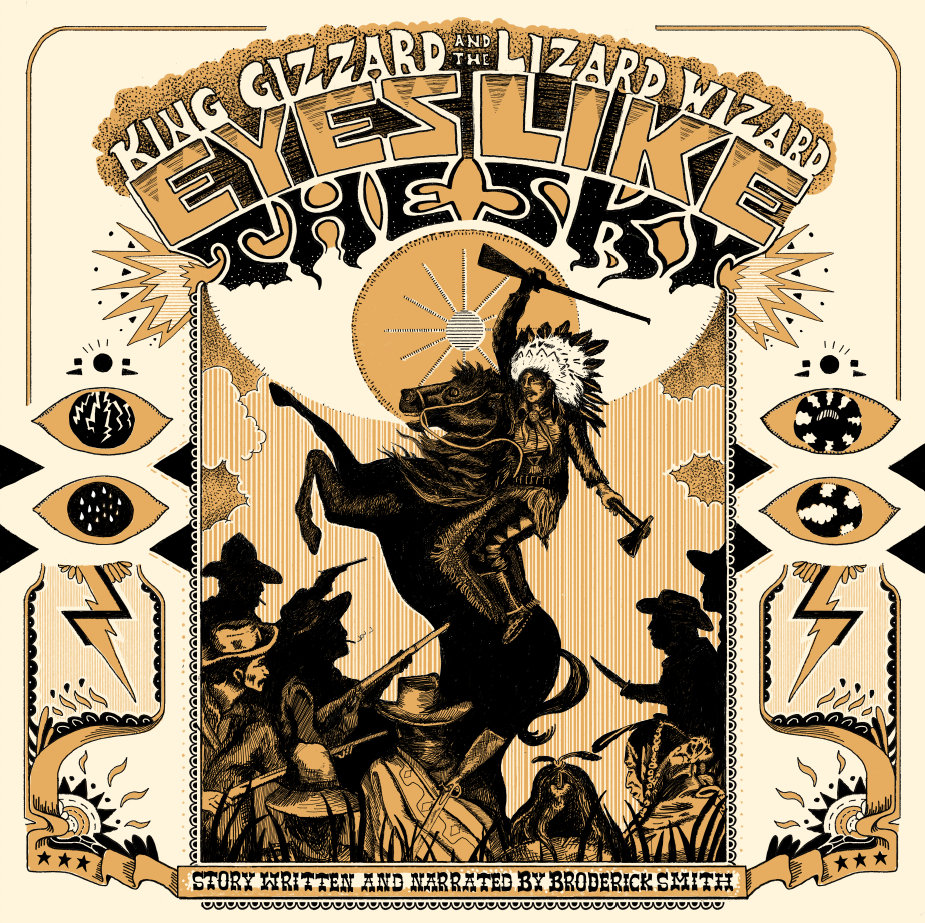